Avoid DUIs This Holiday Season with a Designated Driver 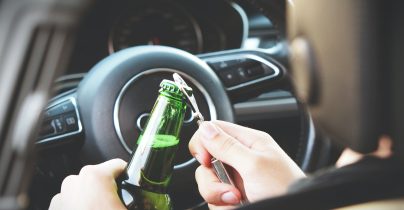 During the holiday season, the number of people charged with impaired driving and driving under the influence (DUI) offences increases significantly. Part of the reason for this increase is people do not plan ahead when heading off to holiday parties and celebrations.

Driving Under the Influence

They arrive at the party and might initially plan on only having one or two alcoholic beverages. However, as the night progresses, they can find themselves drinking more than those one two drinks – sometimes significantly more.  As the night winds down, instead of calling a cab or getting a ride with someone who is sober, they figure they are ok and can drive just fine to get home

Unfortunately, getting behind the wheel after drinking could result in turning your fun and festive night into a horrible nightmare. During the holidays, law enforcement agencies set up mandatory checkpoints all throughout the Greater Toronto Area.  You cannot avoid these checkpoints – police officers watch for vehicles that turn around and get out of line. They may even pursue the vehicle and evaluate whether the person’s driving warrants a stop and further inquiry about how much they had to drink that evening.

Being charged with an impaired driving or “Over 80” offence during the holidays can turn a time of celebration and fun into a financial crisis. The consequences for being convicted (found guilty) of this offence are very significant, and costly, and can include:

In some cases, a first-time offender could end up spending well over ten thousand dollars for a single impaired driving or “Over 80” offence if they are found guilty of the offence.

Keep in mind the above is just the “basic” consequences you could face. If you get into an accident where you injure another, cause property damage, or are found to also be impaired by drugs, you could be facing additional fines and fees, as well as secondary offence charges.

If you are a second or third offender, penalties are often stricter with longer license suspensions – up to life. Furthermore, there are mandatory minimum imprisonment periods from 30 days or longer. This holiday season, take the time to find a designated driver to avoid being charged with a DUI and potentially ruining much more than your evening.

If you were unfortunate enough to get caught at a checkpoint, or stopped by the police, and charged with a DUI offence,  it is in your best interests to speak with an experienced Toronto criminal defence lawyer like Brian Ross. Call my office at (416) 658-5855 now!