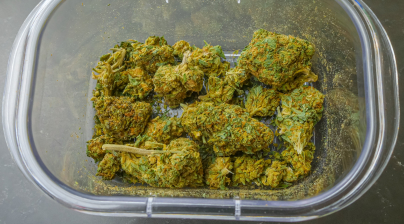 When Prime Minister Justin Trudeau took office, he promised to legalize cannabis (marijuana) for recreational use. Initially, July 1, 2018 was said to be a deadline for the first legalized sales of marijuana in the country. Even though the bill (Bill C-45) passed the House of Commons fairly quickly, it had not moved as fast through the Senate.  The Senate did finally approve the bill on June 19, 2018. The new law takes effect on October 17, 2018, which will be the first day that cannabis can be legally sold throughout Canada for recreational use. Until this date, the current drug laws will remain in effect. This means if you are found in possession of cannabis, and do not have a medical marijuana license, you could still be charged.

How Will Drug Laws Change?

With the passing of the Cannabis Act, the Controlled Drugs and Substances Act will be changed to remove cannabis (marijuana) from the Act.  Specific details and regulations for the sale and distribution of cannabis will be different for each province.  For example, the legal age at which one is allowed to purchase recreational marijuana will be left to the provinces. In some provinces, the legal age will be 18, while in others it will be 21. However, the federal government will be establishing certain guidelines, like how much a person can legally possess in public at one time.

Should a person be found to be in possession of more than the legally allowed limit, they could still potentially face an offence.  Furthermore, in order to legally possess marijuana, it will have to have been purchased from the approved provincial retailers.   One can expect changes to the detection/enforcement of impaired driving as it pertains to cannabis as well.  To be clear, driving while under the influence of cannabis is still going to be a criminal offence, even though it will be legal to use it recreationally.

How Will The Cannabis Act Affect International Travel?

Just because it will be legal to possess marijuana in Canada, you will not be allowed to take it out of Canada to other countries.  You should also be aware that the U.S. Border Patrol could turn you away and ban your entry for life if you admit to having used marijuana.  This is a complicated area: you need to speak to a lawyer for details on how international travel can be affected.

If you have been charged with a drug possession or other drug offence, get sound legal advice now from Toronto criminal defence lawyer, Brian Ross. Call my office at (416) 658-5855!