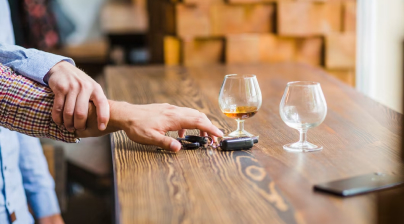 Unfortunately, DUI laws in Ontario are complicated and are likely nothing like what your friends or family believe, or what you have seen on TV or in the movies. As such, it is important to understand the seriousness of being charged with DUI and the impacts it could have on you now and in the future.

Common Myth #1: The consequences of a DUI are not that bad, so it is okay to plead guilty to the offence to have the matter resolved quickly.

Pleading guilty to a DUI can and does have serious implications and consequences. To start with, you could be looking at paying several thousands of dollars just in fines. This does not include the costs incurred when your vehicle was impounded, paying driver license reinstatement fees, and increased insurance rates.

Plus, you could be sentenced to jail with varying imprisonment periods. Not to mention, the offence is recorded on your criminal record, which means it will show up on criminal background checks.  There are potential immigration consequences, too.

Before even considering pleading to a DUI, you should consult with a qualified DUI criminal defence lawyer to discuss your options for fighting the charges.

Common Myth #2: There is no way to fight a DUI once you are charged.

Many people think that since they were caught and had a breathalyzer or blood analysis done showing they were above the legal limit (Over 80), there is nothing they can do to fight the charges. However, police do make mistakes in procedures and it is not uncommon that an individual’s rights were violated in obtaining the evidence that the prosecutor wishes to use against them.

If this occurred, it might be possible to get certain types of evidence dismissed, which could potentially lead to a lesser offence or an outright dismissal of the charges.  There are also other defences available to a DUI charge.   Again, it is in your best interest to speak with a DUI lawyer to discover potential strategies to fight the case.

Common Myth #3: You do not need to waste money hiring a DUI lawyer and can represent yourself when charged with a DUI.

The law does allow you to represent yourself and serve as your own counsel. However, it would be very difficult to know everything that you need to know to properly defend yourself on a DUI charge, including the laws, the defences, the rules of evidence and criminal procedure, Charter rights and just simply the intricacies of the criminal justice system.

If you’ve been charged with a DUI offence, you need legal advice.  This blog is not intended in any way to constitute legal advice: it is for informational purposes only.  To obtain proper legal advice, contact a DUI criminal defence lawyer in Toronto, like Brian Ross. Please feel free to call (416) 658-5855 to schedule a consultation with Brian Ross today!