The Complex Law of Self-Defence 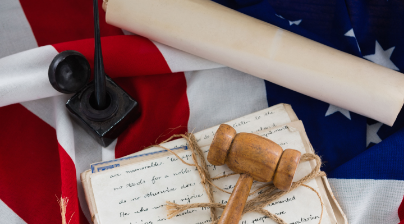 It is not always a criminal offence to use violence against another person. Sometimes, acts of violence are justified. It is true that an individual is entitled to protect themselves from grievous bodily harm. Indeed, the killing of another person does not constitute culpable homicide if done in the course of lawful self-defence. But what is “self-defence”? And when does it apply?

Prior to 2013, the actions of those that wished to rely on self-defence were usually governed by four different, yet related, sections of the Criminal Code, sections 34-37:

34.(1) Everyone who is unlawfully assaulted without having provoked the assault is justified in repelling force by force if the force he uses is not intended to cause death or grievous bodily harm and is no more than is necessary to enable him to defend himself.

(b) he believes, on reasonable grounds, that he cannot otherwise preserve himself from death or grievous bodily harm.

(a) he uses the force

(i) under reasonable apprehension of death or grievous bodily harm from the violence of the person whom he has assaulted or provoked, and

(ii) in the belief, on reasonable grounds, that it is necessary in order to preserve himself from death or grievous bodily harm;

(c) he declined further conflict and quitted or retreated from it as far as it was feasible to do so before the necessity of preserving himself from death or grievous bodily harm arose.

36.Provocation includes, for the purposes of sections 34 and 35, provocation by blows, words or gestures.
37.(1) Every one is justified in using force to defend himself or any one under his protection from assault if he uses no more force than is necessary to prevent the assault or the repetition of it.

(2) Nothing in this section shall be deemed to justify the wilful infliction of any hurt or mischief that is excessive, having regard to the nature of the assault that the force used was intended to prevent.

The passage of time since the enactment of these sections did little to simplify how they applied in practice.  What test should be applied?  What is “under his protection”? Could/should more than one section apply?  Today, those four sections have been reduced to a single self-defence provision “in which the concerns underlying the distinct defences, as well as other factors, are considered in determining whether the accused’s actions were reasonable in the circumstances”.  Section 34 states as follows:

(b) the act that constitutes the offence is committed for the purpose of defending or protecting themselves or the other person from that use or threat of force; and

(c) the act committed is reasonable in the circumstances.

(2) In determining whether the act committed is reasonable in the circumstances, the court shall consider the relevant circumstances of the person, the other parties and the act, including, but not limited to, the following factors:

(a) the nature of the force or threat;

(b) the extent to which the use of force was imminent and whether there were other means available to respond to the potential use of force;

(c) the person’s role in the incident;

(d) whether any party to the incident used or threatened to use a weapon;

(e) the size, age, gender and physical capabilities of the parties to the incident;

(f) the nature, duration and history of any relationship between the parties to the incident, including any prior use or threat of force and the nature of that force or threat;

(f.1) any history of interaction or communication between the parties to the incident;

(g) the nature and proportionality of the person’s response to the use or threat of force; and

(h) whether the act committed was in response to a use or threat of force that the person knew was lawful.

(3) Subsection (1) does not apply if the force is used or threatened by another person for the purpose of doing something that they are required or authorized by law to do in the administration or enforcement of the law, unless the person who commits the act that constitutes the offence believes on reasonable grounds that the other person is acting unlawfully.

Now, while the new provision seems much clearer, its application is still by no means simple.  Firstly, there are the different standards that are applied to an accused’s “belief”: there are both subjective and objective standards in determining “reasonableness”. It is clear though: The accused’s purpose, assessed on a subjective standard, must be to defend or protect from actual or threatened force and not simply to punish, rebuke, or seek vengeance. In practice, it is often difficult to apply the factors enumerated in s. 34(2).  Who determines these issues?  What is the standard of proof?  How does one determine the “proportionality” of the response? Should you or someone you know get charged with a criminal offence and need advice about self-defence and how it could apply to your case, please contact Brian Ross today. The foregoing is not intended as a substitute for legal advice.  Again, should you require legal advice please contact a criminal defence lawyer, like Brian Ross.