What Are the Consequences of Being Convicted of Shoplifting? 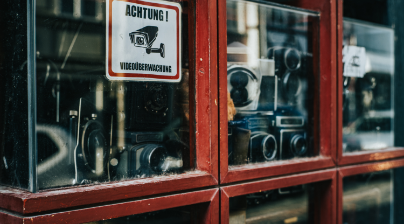 Shoplifting is often associated with youth mischief.  Of course, youths are not the only ones that shoplift.  Many of those people found shoplifting are surprised to learn that they are not simply let go with a warning or told to simply never return to the store.  The reality is that shoplifting falls under the charge of “theft” and is a criminal offence under the Criminal Code of Canada. A shoplifter could be charged with “Theft Under $5,000” or “Theft Over $5,000”, depending on the value of the property allegedly stolen. Being found guilty and convicted for either offence could result in a period of imprisonment.

While it is possible to receive a period of incarceration if convicted of a shoplifting related offence, the criminal justice system does not typically put shoplifters in jail – again though, this depends on the circumstances of the offence and the offender.  For this reason, you always want to ensure that you are represented by a qualified criminal defence lawyer in Toronto or anywhere in the GTA.

Again, factors that the Crown uses to determine if they will seek jail time for the accused include:

Shoplifting is the most common type of theft offence in Ontario. In most cases, the value of the items stolen is under $5,000. While theft under $5,000 is less serious than theft over $5,000, jail time could still be a possibility upon conviction.

The maximum jail time the court could impose is two years of incarceration if the Crown proceeds by “indictment”. For a summary conviction theft under charge, a fine of up to $5,000 and/or up to 6 months in jail are possibilities.

Is Shoplifting Recorded on My Criminal Record?

If you are convicted and found guilty of either theft under $5,000 or theft over $5,000, the offence is recorded on your criminal record. Having a criminal record can have long-reaching effects on your future, including:

The foregoing is not intended to act as legal advice.  It is for informational purposes only.  While shoplifting might seem like a minor offence, it can have serious consequences including spending time in jail. To ensure the best outcome possible for your shoplifting offence and to obtain legal advice, you need to get help from a skilled criminal defence shoplifting lawyer.  Contact an experienced lawyer in Toronto, like Brian Ross: call (416) 658-5855 to schedule a consultation today!