How Are Criminal Offences in Toronto Being Handled During the COVID-19 Pandemic? 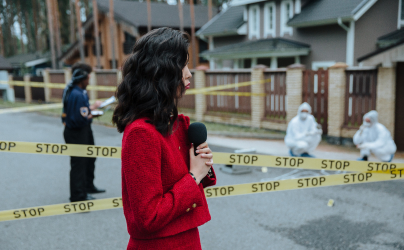 Back in March, the Ontario Court of Justice decided to suspend all non-urgent criminal proceedings until after May 29, 2020.  This date has since been amended.  Criminal offences, like impaired driving, shoplifting, drug offences, youth court cases, and so on, will still be heard, but it will not be until July or later this year.

In the meantime, you are required to adhere to all terms and conditions of your bail release. You should check with your Toronto criminal defence lawyer to verify when your next scheduled appearance in Court will be.

What About Urgent Criminal Offences?

For all criminal proceedings including jury trials, safe social distancing measures have been put into place. The Courts will not allow anyone to attend court opening, unless they are essential to the proceeding.  No jury trials will be commencing until September, 2020 at the earliest.

Can I Still Be Arrested by the Police?

If you are suspected of committing a criminal offence and the police have the requisite grounds, you can still be arrested and charged. For example, you can also be arrested and charged for impaired driving offences including impairment by alcohol and impairment by drugs. The law is not taking a holiday just because of the pandemic. All people are still required to adhere to and follow all laws.

Are Bail Hearings Being Conducted?

What If Remaining Employed Was a Condition of Bail, But I’m Laid Off?

If you were furloughed or laid off from your job and remaining employed is a condition of bail, you need to call your criminal defence lawyer immediately to discuss this particular issue.

What If I Need Criminal Offence Legal Advice?

This is not, nor is it intended to be, legal advice.  It should not be acted on as such.  For sound legal advice and legal representation for criminal offences in Toronto and the GTA, please feel free to contact criminal defence lawyer, Brian Ross at (416) 658-5855 today!