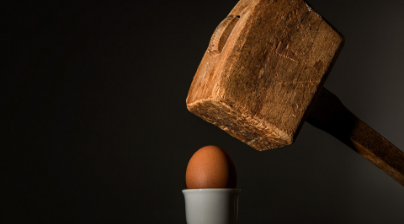 Domestic assault is a special type of assault that is considered a hybrid criminal offence (it can be prosecuted summarily or by indictment) involving people considered to be in an intimate relationship. Domestic assault offences could range from assaults between married spouses and cohabitating couples to parents and children, siblings and other close family relationships.

A person commits an assault when

The difference comes in how assaults, domestic in nature, are handled: there are often specific Crown Attorneys tasked with prosecuting these offences, different courthouse procedures, and different considerations when it comes to sentencing an individual found guilty of a domestic assault.

Clearly, an “assault” does not necessarily include actual physical contact and regrettably, domestic assault charges often coincide with a break down of a relationshipwhere it is possible for an assault charge to be laid which it is really the result of one person in a relationship using the legal system to attempt to resolve problems within the relationship.  Because of this possibility, you should always speak to a lawyer if you are charged with domestic assault.

You should know that once a formal complaint of domestic assault has been filed with law enforcement officers, they have an obligation to fully investigate the claim. Should they discover sufficient evidence to support the claim of domestic assault, a charge will be laid.   At this point, the complainant has little control over the outcome of the charges. It is entirely up to the Crown to determine how to prosecute the case. Even if the complainant says that he/she wishes to drop the charge or withdraw their initial complaint, they have no authority to do so.

As you can imagine, this can create even further problems between two people that are having relationship issues. Their loved one could potentially be convicted and found guilty of the offence. And an assault that occurs in the course of a domestic relationship, is considered aggravating for sentencing purposes (see section 718.2(a)(ii) of the Criminal Code), that is, the sentences will often be greater – up to five years in prison if the Crown proceeds by indictment on an assault charge. Of course, if convicted, the offence is recorded as a criminal record and could have other effects on one’s life – employment and travel, just to name two.

To be clear, domestic assaults DO occur.  And obviously, if you are being abused by a loved one, then you should take the appropriate legal steps to protect yourself and your family.

While you might think there is nothing you can do after being charged with a domestic assault, there are numerous ways to defend against these charges. To learn about potential defences to your domestic assault charge, or potential outcomes to your case (including a withdrawal of charges or a “peace bond”) contact Brian Ross Law today at 416-658-5855 for a free consultation to discuss your case. Again, the information provided here is informative, it is not being offered as legal advice and is not to be taken as such: please call Brian Ross to set up an appointment.