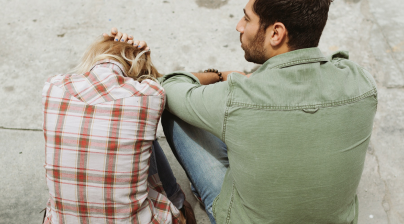 Domestic assault is a serious criminal offence and the Courts view this type of assault as very serious in nature. Due to the fact that the victim knows their assailant, often in a familial relationship, those charged with, found guilty/convicted of domestic assault often face harsher penalties and consequences.

All couples, whether married or cohabitating will have disagreements and disputes over various matters. Depending on the couple’s communication skills and the topic, things can either remain civil or they can escalate.  When things go beyond arguing and yelling and become physical, a domestic assault occurs.  Domestic assault includes acts of pushing, shoving, hitting, throwing objects – any application of force without the other’s consent.

Fortunately, in most situations, couples never escalate things to the point that domestic violence occurs.  But it does happen.  It does happen, too, that one person in the relationship, unhappy with a situation, calls the police and reports a domestic assault when no act of assault occurs.  This can be done out of anger, to scare the partner, to teach them a lesson, to punish them, or for any variety of reasons.

What many people do not realize is that once you call the police and claim a domestic assault occurred, the police are required by law to investigate the claim. They will usually come to your home and speak with you and your partner.  This will often result in the laying of a charge against the partner.  The domestic dispute will now become a criminal legal matter.   Once a charge is laid, the person who made the complaint has little say in what happens.  You cannot simply tell the police that you changed your mind and don’t want to proceed with charges.  You cannot “drop” the charges.  Further, the police have no discretion to “drop” the charges.  Things don’t work like what you see on TV.  Only the Crown Attorney prosecuting the case can determine what happens to the charges.

There are severe consequences to being charged with domestic assault.  These can include a loss of liberty, the inability to return and live at your own address, loss of employment, and social embarrassment.  If after thorough investigation of a domestic assault claim, the police determine that no assault occurred, there can be significant repercussions to the complainant.  Aside from potential civil claims from the person charged, the police could lay a charge against the complainant for obstructing justice or public mischief.  Police officers do not take kindly to the wasting of their resources.  Thus, filing a false claim will have consequences that will impact a person’s life.

Nothing in this article is intended to convey legal advice. It is not legal advice and it should not be acted upon as legal advice.  In the event you are charged with domestic assault, please feel free to contact Brian Ross, criminal defence lawyer in Toronto at (416) 658-5855 for a consultation to receive legal advice.