How Much Is Too Much to Drink? 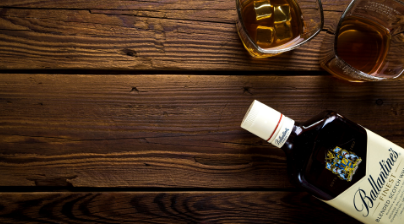 Unfortunately, it is not so simple and if a police officer has charged you with a drinking and driving offence – whether because it is alleged that your driving abilities were impaired or that you failed a breathalyzer test, you will require legal assistance.

While it might seem that a person who fails a breathalyzer test, for example, is clearly guilty of drinking and driving, that is not always the case.  There are unique circumstances to every case and again, it is in the best interests of anyone charged to consult with a Toronto criminal lawyer, who provides representation in impaired and drunk driving cases.

When it comes to consuming alcohol and knowing how much is too much, where people often make mistakes is that they believe they have developed a “tolerance” for alcohol because they drink regularly.  While a person may have to drink larger amounts to achieve the same effects they used to, it also means they will have a much higher blood alcohol concentration level in their bodies.

Just because someone says they do not feel the effects of alcohol, does not mean alcohol is not present or is already at work altering and affecting the body. There are several factors which relate to consuming alcohol and knowing when you have had too much to get behind the wheel.

1. How much you weigh. Generally, as weight goes up, more alcohol is required to feel its effects. Again, this will have a direct impact on your blood/alcohol level.

2. Whether you ate prior to drinking. Generally, drinking on an empty stomach causes the alcohol to be processed by the body more quickly, so you may start to feel a bit “tipsy” after one or two drinks. Eating beforehand, slows down the rate at which the alcohol is absorbed by the body.

3. How quickly you drink: Some people will drink several drinks in a short period of time and say they are fine. Initially, this might be true as it does take some ti2me for the body to start processing the alcohol. Once all that alcohol is processed by the body, however, the effects experienced can be heightened, which can be detrimental if you are behind the wheel.

As always, the aforementioned is not offered and does not constitute legal advice.  It is simply information.  If, however, you did get stopped and charged with an impaired and/or “over 80” offence, please feel free to contact Brian Ross, the criminal defence lawyer, at 416.658.5855 to schedule a consultation today!