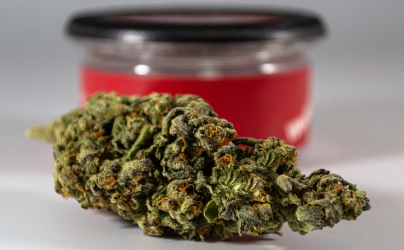 One common misconception many drivers have is that impaired driving offences only apply if one drinks and consumes alcoholic beverages. However, this is not true or accurate. The Criminal Code of Canada and Highway Traffic Act define impairment offences as those that limit or affect one’s ability to operate a motorized vehicle in a safe manner.  So, for example, a person could be impaired after having consumed marijuana.

In addition, the term “motorized vehicle” is not limited to cars, but also includes motorcycles, mopeds, snowmobiles, boats, trains, airplanes, and commercial and construction vehicles.   So for example, if you consume marijuana before going out snowmobiling and find yourself stopped by police – if the police officer believes your operation of the snowmobile is impaired, you could face an impaired driving offence.

What If I Am a Medical Marijuana User?

In Ontario and elsewhere in Canada, the use of cannabis (marijuana) is allowed for medicinal purposes with a proper prescription or as it is often called, a “medical marijuana license”. While this does indeed allow you to use marijuana for your medical condition, it does not allow you to operate a motorized vehicle while impaired by the drug.

If law enforcement officers suspect you are impaired and stop you, and determine the cause of your impairment is due to the use of cannabis, you could still be charged with an impaired driving offence despite having a “medical marijuana license”.

What If I Am Taking Prescription Drugs for a Condition?

The same is true with prescription medications for any medical condition. Your primary care physician or pharmacist should have provided details on how the drugs could affect your ability to operate a motorized vehicle. There may even be warning labels on the prescription packaging.

Whether it is medical marijuana or prescription drugs, it is your responsibility to not get behind the wheel or attempt to operate any other type of motorized vehicle while you could be potentially impaired.

What Happens If I Am Charged, Convicted and Found Guilty?

Additionally, there is a zero-tolerance for impaired driving for new drivers, young drivers, and commercial drivers. This means if any level of impairment is suspected, you can be stopped, arrested and charged.  Furthermore, if your impairment is due to illegal drugs and substances in your possession, not only will you have to face an impaired driving offence, but also other criminal offences.

If you have been charged for impairment due to marijuana or drugs, you need to speak with an experienced Toronto criminal defence lawyer like Brian Ross. Call my office at (416) 658-5855 now to discuss potential options for fighting the charges!