Is Uttering a Threat in Toronto Considered a Crime? 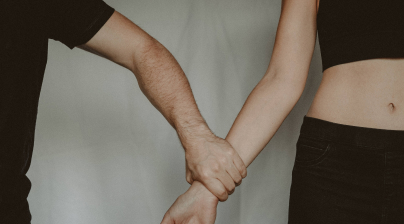 In Toronto and everywhere else in Canada, if you threaten another, where you state that you will seriously injury or kill them, burn, destroy, or damage their property, or poison, injure, or kill their pet – you could be charged with the criminal charge of Uttering a Threat.

This criminal offence falls under “assault-type” offences. People mistakenly assume that as long as they do not carry out their intentions, they have nothing to worry about. However, regardless of whether you carried out your intention, you can still be charged with Uttering Threats.

Can I be charged if I didn’t make the threat directly to the person it was intended for?

Yes, you can still be charged with Uttering a Threat, even when it was not made directly against the intended person. Anyone that overhears you making the threat could contact the police and report it. For more details about Uttering Threat offence click here.

I didn’t verbally say anything. Why was I charged with Uttering a Threat?

You do not have to make a verbal threat to be charged with this crime. Hand gestures, facial expressions, or other nonverbal communications could be deemed a threat. For example, making fists and making a hitting gesture towards another could be construed as a threat.

In addition, written threats sent as text messages, social media posts, letters, or emails are considered types of nonverbal communications that could result in being charged with this crime.

Could I be charged even if I wasn’t serious about the threat?

Yes, you can be charged with Uttering a Threat even when you may not have been serious. The thing you need to remember is if the person you made the threat against perceived it as a threat where you intended to do them harm, they could feel scared and still file a complaint against you. As always, just because you have been charged does not mean a conviction will follow.  You need to get advice from a criminal lawyer.

How serious are the consequences if I’m convicted and found guilty of Uttering a Threat?

The consequences will vary depending on the type of threat made. In cases where you threatened bodily injury or death, you could be looking at a maximum prison sentence of 5 years. In cases where you threatened to burn, damage, destroy property, you could be looking at up to 2 years in jail.  It should also be noted that a person convicted of Uttering Threats could potentially face a fine of $5,000.  Furthermore, the offence will be recorded on your criminal record.

As evident, being charged with Uttering a Threat should not be taken lightly. If you have been charged with this criminal offence you should treat it seriously and get advice/seek assistance from an experienced criminal defense lawyer in Toronto, like Brian Ross.