Most Parents Dread Being Called By the Police 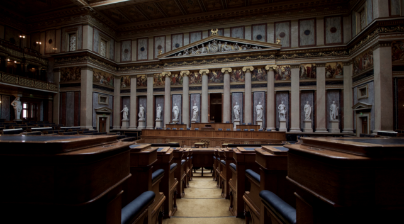 It is late at night and your phone starts ringing. You pick up the phone and find yourself talking to a local law enforcement officer. They are calling to inform you that your adult child was arrested and has been detained for some criminal offence. They let you know that your child is going to be held pending their bail hearing the next day.

At this point, it is understandable to worry, panic, and not know what to do next.  The best advice is to consult with an experienced bail hearing lawyer as soon as possible. Many lawyers can be contacted 24/7 through an answering service.

In addition, your child has the legal right to consult with a lawyer after being arrested and charged, prior to their bail hearing. Their bail hearing lawyer can make arrangements to see them and provide them with useful information they will need to know.

During the bail hearing, the Court will often require someone willing to take responsibility for the accused, such as a parent of an adult child. There are specific obligations the parent must agree to, like reporting their child to the police should they discover they are engaging in other criminal activities and offences.

If you are to be a surety, it is vital that you are willing to accept the responsibilities the Court will place on you to monitor your adult child. You could also be required to pay a cash bond to secure their release. Sometimes the Courts will approve release on one’s own personal recognizance, which means they must agree to certain conditions of their release but are not required to pay a cash bond.

Why Being Released on Bail Is Important

Not being released makes it much more difficult for your child to work with their criminal defence lawyer to build a strong defence to their charges. Furthermore, being detained pending the outcome of their criminal offence, means they are unable to work, earn a living, and provide support for themselves.

In some cases, being detained can affect the presumption of innocence. One might think your child is guilty simply because they were not released on bail. Even if they are eventually found not guilty of the offence, the presumptions others made towards your child could have long lasting effects.

While no parent wants to get a phone call from the police informing them their child was arrested, it does happen. If your child has been arrested and is being detained by the police, you need to speak to a bail hearing and criminal defence lawyer like Brian Ross immediately. Call my office at (416) 658-5855 now!