Uttering Threats: What You Need to Know 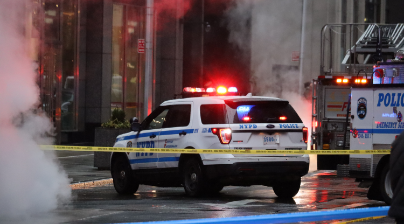 According to the Canadian Criminal Code it is illegal to knowingly threaten to cause death or bodily harm to a person.  Section 264.1(1) also makes it clear that it is a criminal offence to knowingly threaten to burn, destroy or damage real or personal property, or to threaten to kill, poison or injure a person’s animals or birds. The original intent of this law was meant to contend with the threatening behaviour of those engaged in organized crime, but has since evolved to encompass a broad array of settings, from domestic to public.

From time-to-time each of us has said something in anger or frustration. Maybe you have said something like, “I could just murder my mother-in-law” or “I want to kill that dog, it is barking so much”.  Either of these statements could be construed as your having made a threat. The difference between saying something as a joke, or in frustration or anger, and an actual threat is hostile intent – were the words meant to intimidate or to be taken seriously.

When is a threat, a threat?

The law does not require that the intended recipient be aware that you made a threat, nor does it matter how or the threat was made. The law considers a threat to be a declaration of hostile intent to harm, injure, inflict punishment, pain or injury to another person, that person’s property, or animals. An expressed intent to harm can be conveyed in any manner, such as:

When is it time to contact a Toronto Defence Attorney?

Not every statement made in anger contains hostile intent. There is a distinction between a threat, a joke, or overzealous team loyalty, for example. There is also a dissimilarity between a threat and a simple observation that unpleasant events could occur. This is why, if you find yourself accused of uttering threats, it is important to retain the services of a Toronto criminal defence attorney who can help you.

However, not all “threats” contain hostile intent. Words spoken in jest, while under the influence of alcohol or drugs, relayed imaginings are oftenfound to have not met the hostile intention test.

This post is for informational purposes onlyand is not offered as, and does not constitute, legal advice. However, if you have been charged with uttering threats, please feel free to contact Brian Ross, the criminal defence lawyer, at 416.658.5855 to schedule a consultation today!