Unlawful Detentions & Arrests: What they are & What You Can Do 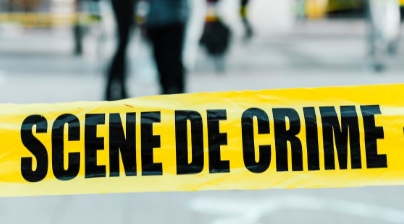 Unfortunately, it is not rare for police officers to arbitrarily detain or arrest individuals without reasonable grounds. When this happens, we characterize the detention or arrest as “unlawful”. Several important rights related to this concept appear in theCanadian Charter of Rights and Freedoms:

Section 7: Everyone has the right to life, liberty and security of the person and the right not to be deprived thereof except in accordance with the principles of fundamental justice.

Section 8:Everyone has the right to be secure against unreasonable search or seizure.

Section 9:Everyone has the right not to be arbitrarily detained or imprisoned.

Section 10: Everyone has the right on arrest or detention

To be clear, not all detention and arrests are arbitrary or unlawful.  A police officer is entitled tobriefly detain a person if the officer has reasonable grounds to suspect that the individual is connected to a particular criminal offence and the detention is reasonably necessary for all the circumstances.  Reasonable suspicion must be made on “objectively discernable facts”, which can then be subjected to independent judicial scrutiny.  A police officer is entitled to arrest a person where there are reasonable grounds to believe the person has committed an indictable offence, is about to commit an indictable offence, is committing an offence; or has a warrant out for his/her arrest.

It is not possible here to discuss what you should do in a particular situation.  Every situation is unique and this is for general information only.  Should you have a situation where you believe you have been unlawfully detained, you should contact a criminal lawyer for legal advice.  Should you be charged with a criminal offence, your lawyer may argue that your rights under the Charter were violated.  Should the judge agree, that does not end the matter.  Your lawyer must then apply under s. 24 of the Charter for a remedy – often to exclude any evidence that was seized as a result of the unlawful detention/arrest.

Factors that the court will consider in deciding whether to exclude the evidence under section 24(2), include:

Again, you should always contact a lawyer should you feel that your rights have been violated.