Why Securing Bail During A Bail Hearing Is Essential? 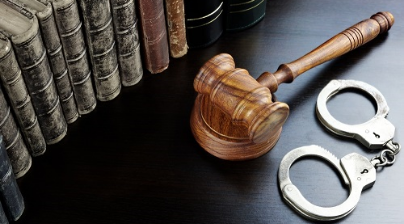 Several rights come into play when an individual is arrested and charged with a criminal offence.  One of those rights is the right to have a bail hearing and the right not to be denied reasonable bail without just cause.  For many minor offences, the police have been granted the power to release the accused themselves as long as they meet certain requirements, without the need for a formal bail hearing.

Yet, for other more serious offences and repeat offenders, an accused is often detained until they can appear in Court for their bail hearing. Securing bail is vital for anyone charged with a criminal offence. Trial processes are not quick. The actual trial could take place many months, even years, after the initial arrest.

Aside from the natural desire to not spend any time in jail awaiting trial, there are several other reasons why securing bail is important.  It has been demonstrated time and time again that those who are in custody during their trials are more likely to be found guilty.  Impressions are everything.  Quite simply, people draw negative impressions when they see someone in custody.  But there are practical considerations, too.  Your ability to prepare for your trial with you lawyer is greatly enhanced when you are not in custody and can prepare in an office setting.  And of course, one cannot maintain their employment/earn money if incarcerated.

While self-representation during a bail hearing is allowed, it is not recommended.  It would be very difficult for a non-lawyer to be knowledgeable and have access to the most recent bail hearing caselaw to be able to properly put forward submissions to the Court.  A justice presiding at your bail hearing will determine your suitability for release based on specific factors, factors of which most non-lawyers are unaware.  In addition, your lawyer will be able to assist in finding and preparing sureties to testify on your behalf.  If you are not released on bail, you must remain in custody until your case is resolved unless you retain a lawyer to prepare an “appeal” of your detention order.  Such an appeal, a “bail review”, is done at the Superior Court of Justice and can take several weeks to be heard.  As such, it is essential to retain a qualified bail hearing lawyer.

Criminal defence lawyers, including myself, are normally available 24/7 for bail hearings.  I mentioned “rights” above: the police must allow you access to a phone to call a lawyer after being arrested and charged with a criminal offence.  You should contact a lawyer as soon as possible.

Will a Surety Be Required by the Court for Bail?

Having a surety available and present at the bail hearing can make a big difference in ensuring the Court grants bail. Factors that a justice will consider when determining whether a surety is appropriate in any given case include:

It cannot be overstated that being released on bail gives you the best opportunity to work with your criminal defence lawyer and build a solid, strong, and strategic defence to your charges.

Having a lawyer present at your bail hearing is the best way to increase your chances of being released.  The foregoing is not intended as legal advice and should not be taken as legal advice.  To receive proper legal advice or to hire a bail hearing lawyer in Toronto and the GTA, please call me, Brian Ross, at (416) 658-5855 now!