Why You Should Hire A Criminal Defence Lawyer For A DUI 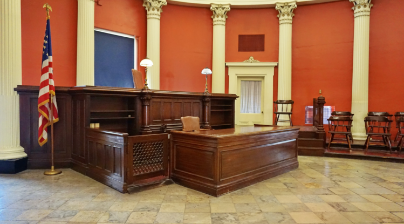 One common misconception some people have is that they can easily represent themselves when charged with a DUI. While this is certainly their right, what they fail to understand is they are not well-versed in criminal law and criminal law proceedings.

They might think they can handle it on their own because they are familiar with criminal shows on TV. However, real-life and TV shows differ. What you see on TV is not exactly how criminal proceedings take place.  Far from it. You have to remember that TV shows want to create suspense and drama.  They are scripted and do not follow the specific procedures in criminal legal proceedings.

Secondly, there are serious implications and consequences when found guilty and convicted of a DUI offence. You can lose your license, pay huge fines of $1,000 or more, have to pay for educational courses, and even potentially be sentenced to jail. This does not even include the potential costs for impounding your vehicle, installing an interlock device, and increased insurance rates.

You are not doing yourself any favours by attempting to represent yourself when facing a DUI. By hiring a criminal defence lawyer, you are gaining access to a legal professional familiar with current DUI laws.

Your criminal defence lawyer is also familiar with potential strategies that can be used to fight the charges. For instance, let’s assume the police violated your rights in some manner when they stopped you. And further, they went on to conduct an illegal search of the vehicle prior to arresting you.  While they are allowed to search the vehicle if they have grounds to search your vehicle incident to a lawful arrest, doing so beforehand could result in requesting any evidence obtained from such a search be omitted from the proceedings.

If you had attempted to represent yourself, you would likely not be aware of several potential defences for your DUI offence. By retaining a DUI lawyer in Toronto, on the other hand, your charges could be reduced or even dismissed.

Another reason to hire a DUI lawyer is they can guide you through the process to make well-informed decisions and achieve the best outcomes possible. Many people charged with DUIs are first-time offenders. They frequently have spotless criminal records and decent driving records.  Often people will wish to plead guilty just to get the matter over with and return their lives to some level of normalcy.  Agreeing to plead guilty or accepting a plea agreement, however, without consulting a lawyer is rarely in your best interest.  The impacts to your life and livelihood are simply too significant.

If you or a loved one has been charged with a DUI in the GTA, please feel free to contact Toronto criminal defence lawyer, Brian Ross at (416) 658-5855 to schedule a consultation today!