Why Youths Charged with Criminal Offences Need a Lawyer? 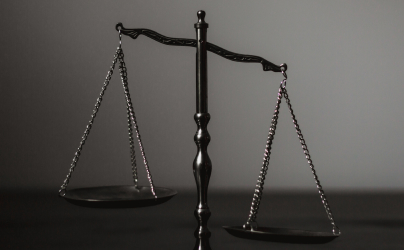 Youths, under the age of eighteen can be charged with criminal offences just like adults. They are bound by the same laws and held accountable for their actions when they commit a crime as defined in the Criminal Code of Canada.

While the law, as governed by the Youth Criminal Justice Act (YCJA), does distinguish between a youth offender and an adult offender, it is still important that a youth have a Toronto criminal defence lawyer represent their interests.

Despite what many think, there still can be serious consequences for a youth offender found guilty of a criminal offence, including varying periods of incarceration in a youth detention facility. The YCJA does establish some key differences on legal proceedings regarding youths, including:

Parents and guardians of youths charged with criminal offences need to keep in mind the seriousness of the offence with which their child has been charged and realize the outcomes without legal representation may not be what they expect and incarceration is a realistic possibility for certain offences.

In addition, the primary objective of the YCJA is to rehabilitate the youth offender while ensuring they receive a comparable punishment for the offence. In the event this is a second or third offence, then the punishments could be more severe as previous efforts at rehabilitation, in the eyes of the court, were not effective.

Furthermore, for the most serious of crimes, like murder and manslaughter, the Crown could seek to proceed against the youth offender as if he or she was an adult. It is for these reasons, along with the long-term impacts of being found guilty of a criminal offence, that you need to get help from a youth criminal defence lawyer.

Your lawyer will ensure your child’s rights have not been violated at any stage of the proceeding, as well as work in the child’s best interests to ensure the most appropriate outcome is attainable.

If your child has already been found guilty of a crime and sentenced, it could be in your interests to have a youth criminal lawyer review the case and determine if there are grounds for an appeal, as well as what your child needs to do to ensure their youth criminal record gets sealed.

To arrange a consultation appointment to discuss your child’s criminal offence or other assistance related to youth criminal proceedings, please feel free to contact me, Brian Ross, at 416.658.5855 today.